This paper is part of the thesis Inputs and Incentives in Education
Author: Lucas Tilley 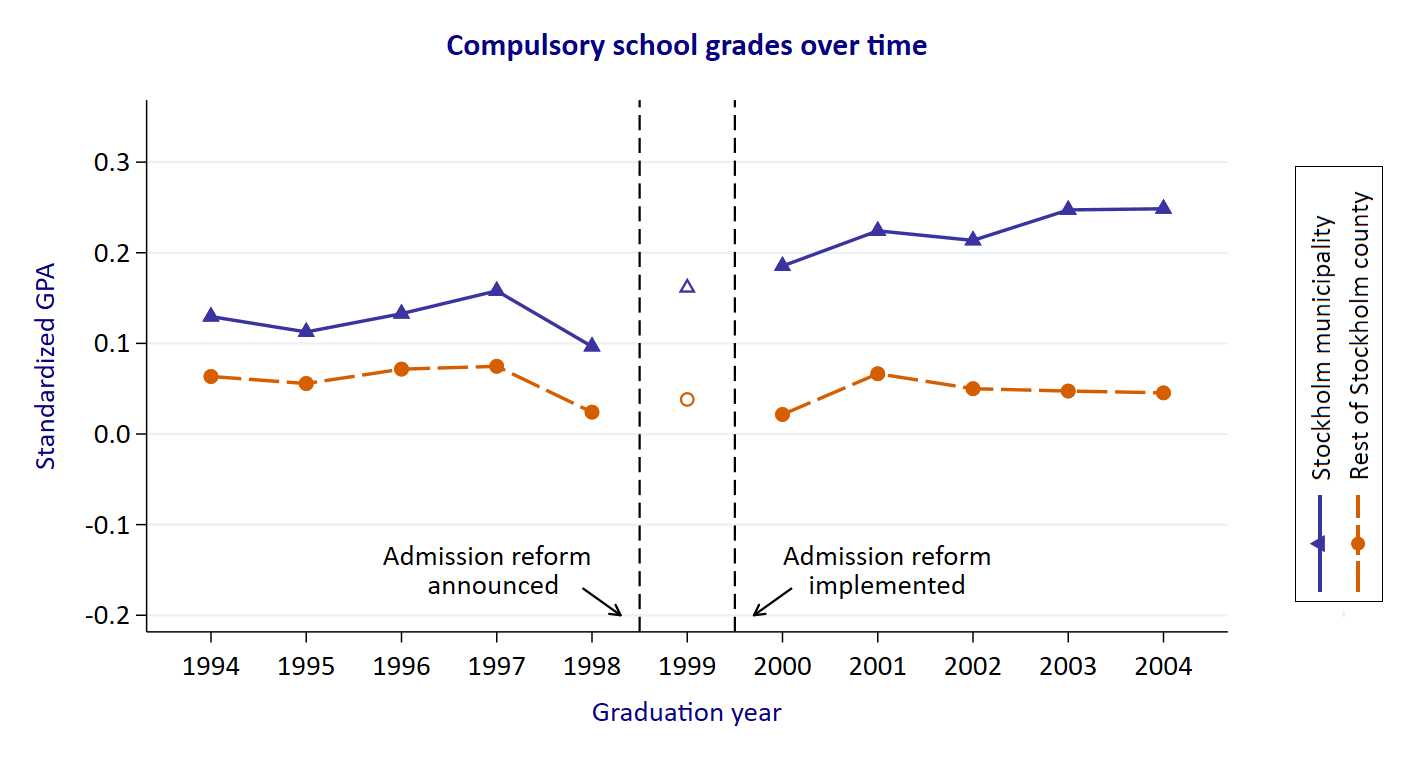 In 1999, Stockholm municipality changed its high school admission rules, replacing residence-based school placement with strictly grades-based admissions. The new rules strengthened the incentives for students to perform better in school. The main research question is whether students’ grades increase as a result of the reform, and if so, whether the increase is due to relaxed grading practices or changes in student effort.

To answer this question, researcher Lucas Tilley analyzes how compulsory school grades evolved over time in Stockholm municipality compared to the rest of Stockholm County, where there was no change in admission rules.

– If student performance improves when grades matter more in the high school admission process, average grades in Stockholm municipality should rise relative to average grades in the rest of Stockholm County after the introduction of the reform, says Tilley.

The results show that compulsory school grades do increase significantly under the new high school admission rules. Students of all ability levels improve their performance, although the increases appear slightly stronger in the middle of the achievement distribution. Importantly, the improvement in grades does not seem to arise because teachers lower their grading standards or inflate grades to a larger extent after the reform. Rather, the most likely explanation is increased student effort.